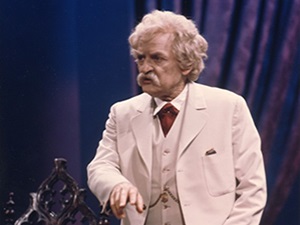 There are theatre shows and there are theatre legends and certainly Hal Holbrook's one-man play Mark Twain Tonight! qualifies as the latter. Culled from the prolific writings of America’s Favorite Humorist, Mr. Holbrook has never done the same show twice. First compiled while he was still in college, Mr. Holbrook has donned the white suit, puffed the trademark cigar, and re-enacted the humanist's stage monologues for over 60 years.