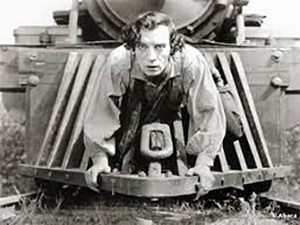 One of the greatest movies of all time, Buster Keaton’s The General, is considered by many to be the finest silent film ever. Join us for a very special evening: screening The General with live organ underscoring by nationally revered theatre pipe organist and official organist of the Buster Keaton Society, Dennis Scott. Don’t miss this rare treat.