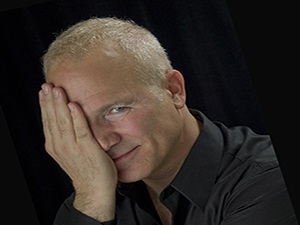 Best known as the “Phantom” in Andrew Lloyd Webber’s Tony Award-winning musical The Phantom Of The Opera and affectionately known as “The Iron Man of The Mask,” Franc was awarded the distinction as the “World’s Longest Running Phantom,” with over 2,300 performances of the lead role. Now Franc D’Ambrosio tours the world singing vocalist favorites with his powerful and tone-perfect voice.