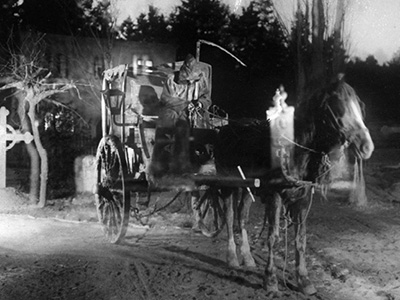 Iconic film that tells the story of The Phantom Carriage driven by the last person to die on New Year’s Eve. This driver is tasked to drive the Phantom Carriage, collecting souls for a year. When a drunkard is found at midnight, he is destined to relive his past transgressions and how they affected others. Directed by pioneering Swedish film-maker Victor Sjöström. This influential horror film showcases groundbreaking photography.