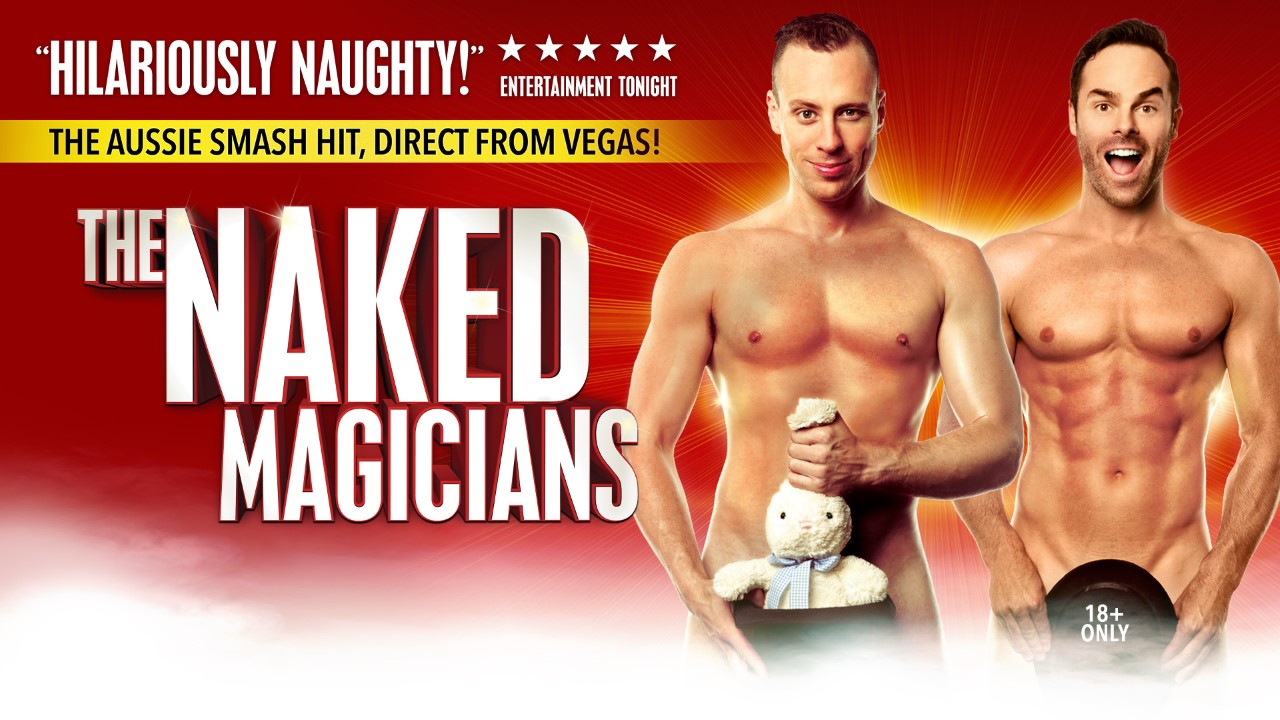 With a Las Vegas residency, a season on London's West End, and seen in 250+ cities across the globe... Australia’s The Naked Magicians is undoubtedly the world’s funniest and naughtiest magic show! Witnessed by over 50 million on TV (NBC, ABC, FOX, CBS), including America’s Got Talent, it's the Aussie smash hit that's taken the world by storm!

The creators and co-stars of this R-rated magic show are the two hot and hilarious Aussie performers who deliver world-class magic and non-stop laughs while wearing nothing but a top hat and a smile.

Described by The Huffington Post as “the wildest night ever”, this tantalisingly satisfying magic show strips away the top hats, capes and magic stereotypes, bringing a whole new meaning to “now you see it”.

18+ only. Includes male nudity, sexual references and coarse language... strap yourself in for a hilarious and unforgettable night.

"The most entertaining show of the year"- Aussietheatre.com

"Will have you laughing off your seats"- The Clothesline